Just four kilometres from Hoi An’s UNESCO World Heritage centre and 30 kilometres from Da Nang International Airport, An Bang Beach is the perfect complement to the sightseeing and tourist bustle of town. With the once popular Cua Dai Beach suffering from severe erosion, An Bang now holds the crown as Hoi An’s go-to beach. Whether you want to hide under an sun umbrella (there are many available), hang out at one the casual bars or plop yourself on white sand, reserve at least a day on your Hoi An itinerary for some An Bang R&R. 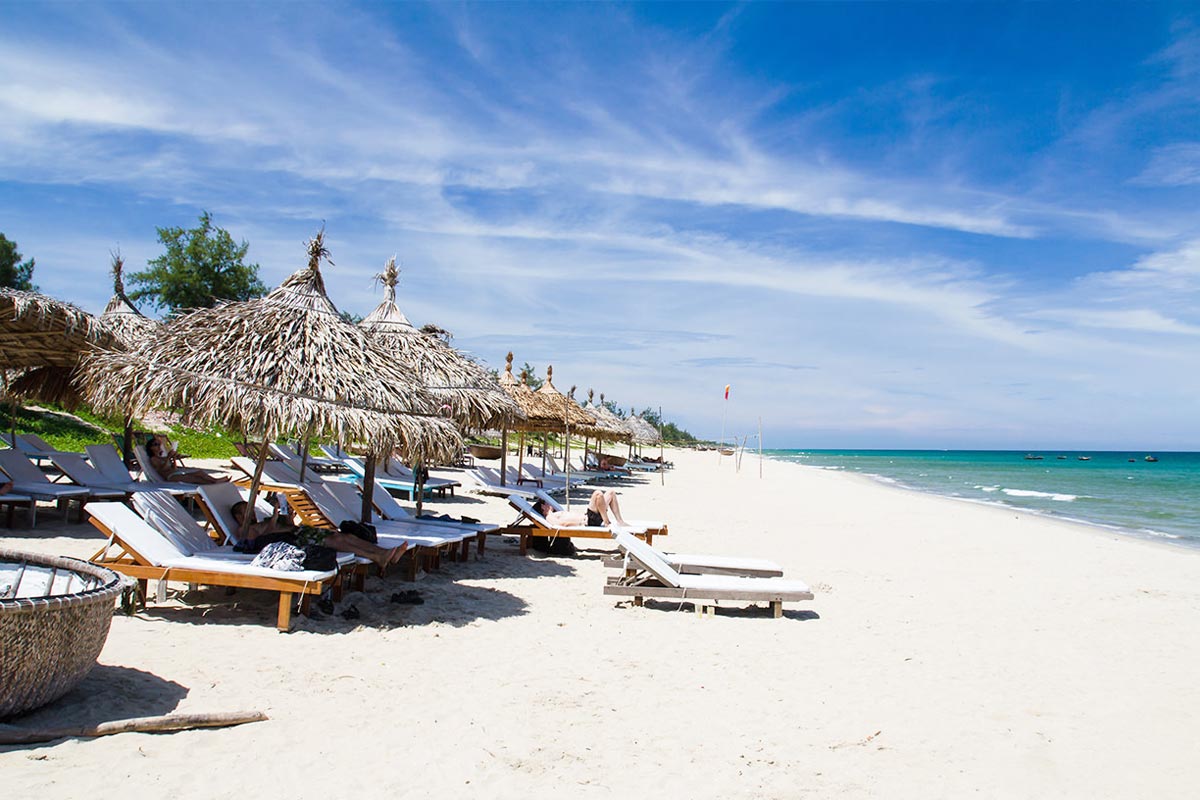 The best time to be at An Bang is dry season, which falls between March and September. During this time you can expect blistering sun, soaring temperatures and calm waters. For the price of drink, you can use a restaurant’s sun lounger for the day. During the Vietnamese summer holiday months of June to August, the local Vietnamese crowd flood in for sunrise swims and sunset family beach barbecues.

Cold, wet season lasts from around October to February. The weather definitely puts a dampener on things – the ocean is rough and temperatures can be downright bone chilling, though there are surprises with the odd sunny day. Eateries remain open and the beach can still be an incredible place to sit and watch the storms come in over the mountains at the edge of Da Nang. Those six-foot waves also mean that surfers can have some fun

To get to An Bang from Hoi An town centre, head north on Hai Ba Trung Street. It’s four kilometres to the coast. Upon arrival you’ll come to an area with various parking lots; expect to pay up to 10,000 dong per motorbike. This area also has plenty of meter taxis waiting – use a green Mailinh Taxi. Plan to use one if you want a late night, as it’s not ideal to ride your bicycle back to town